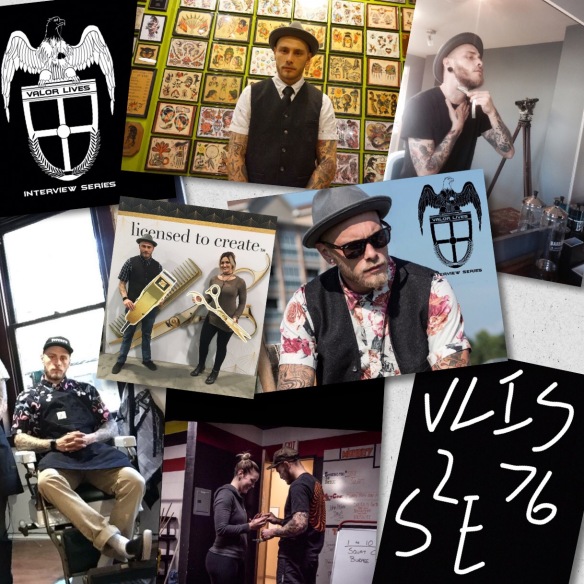 Today on Season 2, Edition 76 of the ValorLives Interview Series we have Daniel Casey of Tried & True barbershop! Woot! Woot!!
Daniel started his #barber career in 2014, after a life of being inside of a hair salon, being as his mother worked in the industry for many years. After attending and completing the Weaton school for barbers, he immediately started working in downtown #Frederick at Citizen Frederick Barbershop. After gathering a steady client base and starting to master the skills of barbering, Daniel quickly realized that barbering is much more then giving a good haircut; any one can give you a good haircut with a few tries. He prides myself on the therapy aspect of it. Being able to connect with a guest, and having them confide in him and his staff. That is the most rewarding part of his day to day. His clients share their accomplishments and downfalls with them, and sometimes even value his opinion on the matter. That is truly what makes he do what he does. His clients.

Thank you for tuning in!